C in the Arab-Israeli left, I often feel a sense of guilt, which I at the expense of a large number of brain cells to think of where I was wrong.
Received a letter the other day, the Arab-C. He said we should not forget the other side, in fact, he did not say that there may be, and now I wonder if he is, I want to remember his life. Finally, it is still saying, "I like to struggle in the dark, not dark," I repeatedly talk about again and again, that's become my motto. I did not reply when the letter on fire when they feel pain, but it is Yiwufangu.
Quite like it in the dark and not dark struggle, I suddenly thought of something like this. In fact, I really like the dark, without having to struggle, but I have never talked with the Arab-C. After the lights are turned off every time the eyes open, and then heard the Arab-C to breathe evenly throughout the pitch-dark room filled up, then I do not know whether he is in the struggle.
Ah C often on the road, he told me what happened, very legendary story, only I can see the expression on his face. He visited many places, Harbin, Xinjiang, Hainan, a word many places, I was surprised that he's where so much time to travel. When he was talking about Tibet when I found him at that time as compared to people.
C Arab-Israeli declaration that he also spent their youth into the open era, that year we Gao. He told me that perception of inviting a girl, but he never said to me, and these, I never expect from his mouth to understand the feelings of his side. I am almost the whole of the few times the girls have not found any clues. Do I have a short-circuit the minds of Sherlock Holmes! .......... 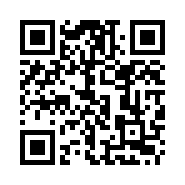