I am a feeling that the rich are not rich people.
5 my idol, I Oded.Fehr in the first place, for many years has been the first, why not, long Shuai, temperament, or what, I do not know, it seems that no one, himself or others to be held This issue.
Veron, Sean. Bean and Monica. Bellucci were among Since then, Veron and Sean them, like them, but they did not want to say.
As for Monica, that was a readiness to bare to the world of his own naked body of the Italian semi-enchanting, elegant and make the role of the repeated appearance, beauty and superb acting mixed with cold-blooded and incomprehensible on the Exposure to the desire of this woman who overlap, so that I can not find their eyes away from her, but today I do not want to say her.
Today I would like to talk about my fifth icon, which is now 92 years, the memory is vague, but it is an unforgettable feeling, which is the version of the Yang Jian Li Jianhua, ha ha, I probably put him in the final Is because I can not tell, but my Arab-Q-like style, I find this to give a reason for the far-fetched, or because I can not tell, I love a hard nut to crack is that in the future The days of Erlang Shen became a feudal rights police, or the singing of Hu Ju Li Jianhua, is also, as a reason to put this right.
As for why the favorite, it seems far-fetched to you, whether or Qingdouchukai say that I am not for the heroism, but also early for that, even so, probably because he was on his forehead that little sparkling eyes it until my adult, As long as people see the play Yang Jian, I would like to reach people feel Mei Yu-day between the eyes.
Ha ha, Ah Q is really true, so far-fetched, I know it seems that a lot of happy, fun joke. beklo arviblog bienvoir blogbourse j-breeze.jp 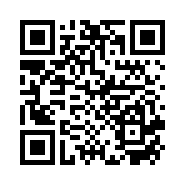